marzo 17, 2016
Introduction: The Financial System
The purpose of this memo is to analyse the 2007-2009 Global Financial Crisis from the perspective of market failures. It starts with a general overview of the financial system and its characteristics.

The financial system is vital for the economy and has particular characteristics that distinguish it from other markets. It acts like the cardiovascular system in a economy, allocating excess resources from households to more productive ends by providing credit for businesses and people. Interestingly a financial system crash could collapse the entire economy and even provoke political instability whereas other markets couldn't cause such drastic effects.

Given this background, it is possible to analyse the market failures behind the 2007-2009 financial crisis. These market failures include: externalities, principal – agent problem, moral hazard, systemic risks, collective action problems and behavioral or non-rational motivators of choice. This memo will focus on the principal – agent and moral hazard problems, as this crisis can be well characterized in terms of these two information asymmetries.

Investment banks are the agents, and the principal are the clients who buy the products they originated, such as other asset management firms, hedge funds and other investors. The latter aim to acquire financial instruments which could give them enough returns for a given risk level.

To create an enticement for profits, people in investment banks received commission and bonuses based on short-term performance. Hence, they had the incentives to look for short-term gains which carried on very high risks and collateralized debt obligations (CDO) catered perfectly to this purpose. The more CDOs they originated and sold, the more commission they received. Their clients were buying these CDOs - some of which had AAA rating - implying they were ultra safe investments. Investment banks who may have not fully understood the risk these CDOs bore were happy to provide their clients with them. Investment banks - the agents - failed to protect their principal's interest because they were focused on their own gains.

Credit Rating Agencies (CRAs) also played an important role in the financial crisis. CRAs were the agents, and among their principals were the clients of investment banks who were buying the CDOs. The investment bank's clients trusted the CRAs ratings on the CDOs. But, most of the investors did not fully understand that the rating of the CDOs done by the CRAs was prey to a principal-agent problem: if the investment bank thought that the rating received on their CDOs was inconvenient, they change for another CRA. CRAs were giving out top credit rating and failing to protect their client interests, because they prioritized their own.

Moral Hazard
Moral hazard occurs when one party gets involved in a risky event, while knowing that in case of failure there will be another party that will incur the cost. During the 2007-2009 financial crisis, moral hazard was present in retail banks mainly in two forms: deposit insurance and securitization of their mortgage loans.

The deposit insurance provided by the government encourages banks to engage in more risky activities, because even in the fear of bank insolvency they know that they will be bailed out. During the 2007-2009 financial crisis, this moral hazard was amplified by the approving of government regulations which allowed banks to engage in investment banking activities and to issue derivatives such as CDOs, which were made of slices of subprime mortgages and other riskier loans.

Retail banks were now allowed to use depositor’s money not only to extend credits, but to trade securities with other financial services providers in search for profits, including very high risk instruments, such as Collateral Debt Obligations (CDOs). Subprime mortgages are mortgage loans granted to borrowers with low credit ratings. The risk of default for this kind of borrower is greater than the average risk of the common mortgage loans. By allowing retail banks to engage in investment banking activities and subprime mortgages provision, policy makers gave banks ample room to increase the riskiness of their business, which in case of a systematic failure would be underwritten by the government.

Securitization of mortgage loans was another source of moral hazard. Retail banks were given the possibility to take the mortgages loans from their clients, which are very illiquid assets, and sell them through the Collateralized Debt Obligations (CDOs). This behaviour defeats the purpose of the traditional commercial banking business, because the default risk is passed to a third party.

In the traditional banking business, commercial banks will only lend money to a client if they are sure that the client can repay its loan. In the case of mortgages, they will assess extremely carefully the risk profile of their prospect client because the loan will be long term, hence very illiquid and they will have to hold it until maturity. If the client at some point defaults on his loan, the commercial bank would be the only one bearing the loss. This forces banks to be cautious and select carefully whom they lend money to.

However, if the commercial bank after granting the mortgage loan can get rid of it by selling it through a CDO, he will now have liquidity to keep providing more loans. The problem of default is passed on to the investor who bought the CDO. There is no more direct risk bore by the bank in case of default. Hence, banks didn’t have strong incentives to select carefully their clients, and consequently extensive number of risky mortgages were granted by them. These risky mortgage loans included the notorious subprime mortgages, and other infamous forms of loans such as NINJA loans (No Income, No Job and No Assets), re-adjustable rate loans and zero-down mortgages (no down payments).

Conclusion
The 2007-2009 financial crisis was a man-made tragedy. It resulted in hundreds of billion dollars in losses in mortgages and mortgage-related securities and more than seven million jobs lost. Was it avoidable? Perhaps. This document did not have the purpose to answer this question, but to provide evidence to form a sound answer to it.

It is extremely important to recognize that financial markets cannot be left alone. Leaving them alone have brought to the surface many of the inherent failures of the financial markets, such as the ones covered in the memo: principal agent problems and moral hazard.

All these problems may have been avoided with a tighter regulation, but it is easier said than done. The truth is policy makers couldn’t keep pace with financial innovations and when they actually spotted an irregularity, their political leaders believed that the market would correct itself. Was this an Innocent mistake or a deliberate negligence? Hopefully this memo will help future policy makers to look at the financial markets from a different perspective. 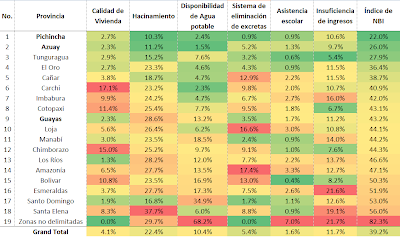 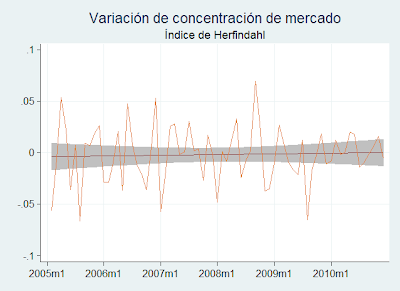